Great story for a film script

This Library is named after a cinema house and its story would be a great film script. Scene one takes you back to 1931, with the opening of the first “Cinema Europa” building, opened until 1957 before being closed and demolished.

But in 1966 a new cinema house is reborn on the same spot, the “Europa”, opening doors with the Cinematographic Art Festival of Lisbon.

The first film projected was “Muriel” by Alain Resnais and the very last one was “Annie” by Woody Allen in November 1981.

The following decade the “Europa” became a stage for television. In 2004, a plan was drafted to convert the building into housing and commerce. A plan that immediately triggered a very strong reaction from all citizens leading to the creation of the SOS Cinema Europa movement. This movement demanded the creation of a cultural venue on the ground floor, for which they presented a proposal to the Participative Budget in 2009/2010.

Once the proposal was accepted, in 2004, CML obtained the ground floor with the aim of fulfilling this demand, and on April 23, 2017, under the management of the Campo de Ourique Parish, the Cinema Europa Library/Cultural Venue was opened. A true parish library which serves, on a daily basis, a community that fought so hard for it.

This is the first Europe Direct Center public library in Lisbon, with both an informative and activity programme about the European Union. It further participates in a European cooperation programme which analyses the different narratives of the European dictatorships.

Inside the library we have a wonderful family-like atmosphere, with its fun children’s room, a comfortable reading room, an auditorium, an exhibition room and a fabulous exterior deck at the back.

Come take part in this happy ending story, and visit us!

PARKING FOR THE DISABLED 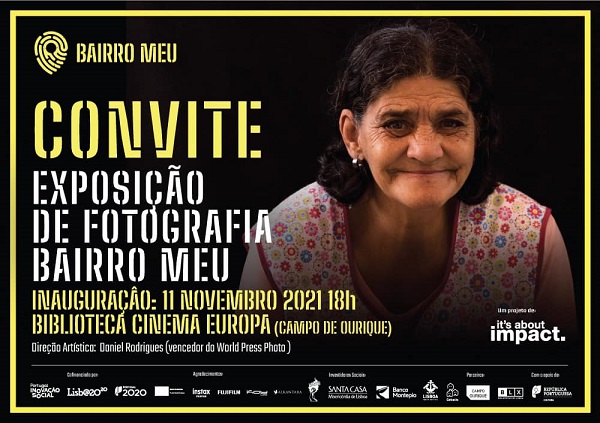